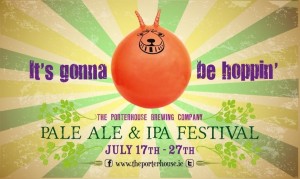 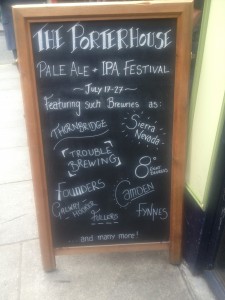 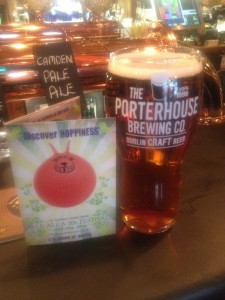 Michigan is one of those States that does not necessarily have strong connections with Ireland. It’s heavily influenced by Germanic immigration. Known because of the American auto-industry, Motown and Detroit is the home town of 8-miler Eminem and its most famous son, Beverly Hills Cop Axel Foley.  However, beers from Founders Brewing Co. from Grand Rapids have made it over this side of the Atlantic and they can create a new affinity with the Great Lakes State. In the brewery’s own words it has “been lucky to evolve into one of the highest recognized breweries in the United States” and has been “ranked in the top four breweries in the world by Ratebeer.com for the past four years in a row (4th in 2010, 2nd in 2011 and 2012, 3rd in 2013)”.

I have had the opportunity to spend some time visiting my wife’s family in Michigan and it quickly became apparent that this is a State that is serious about its beer. I suppose it would have to be the case because it’s bloody freezing there (I would like to point out that I didn’t visit in the summer and it was snowing when I was there at the beginning of October). Big, bold and hoppy flavours abound (Shorts Brewing Co. up in Bellaire, Michigan is a great example – it also has ballroom dancing if you’re that way inclined). Michiganders are a hardy bunch all the more so because of the hardships the State has endured over the slow decline of heavy industry and naturally, they needed the beers to match.

American craft breweries are famous for having a “philosophy”. They’re held in the same reverential awe like Jerry Maguire’s “The Things We Think and Do Not Say: The Future of Our Business” mission statement. In the case of Founders, the company’s “simple” philosophy is:  “We don’t brew beer for the masses. Instead, our beers are crafted for a chosen few, a small cadre of renegades and rebels who enjoy a beer that pushes the limits of what is commonly accepted as taste. In short, we make beer for people like us.” 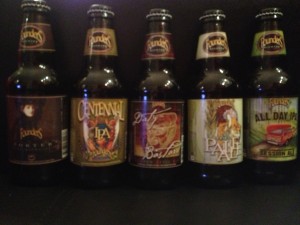 Five beers from Founders’ core range have made it to Ireland and they give a great insight to Michigan beer. Unfortunately, due to a beer tasting that I was hosting I was unable to attend the event in Dublin on 10 October where Drogheda-native Niall Little who from the Founders’ sales team (coincidentally he worked with one of my wife’s cousins in a previous distribution company) introduced the beers to a Dublin audience. Apparently they’re obsessed with drinking beers as fresh as possible over in Founders and you can read an excellent piece by @Beermack_ on the event. So having all five beers at home, I naturally decided to have a little tasting by myself. I also got into the spirit by watching some of the chat between my Michigander relatives about the college football games (they seem to be equally split between Michigan State and the Wolverines). Interestingly, Michigan got beaten in overtime by Penn State, who will be playing in Croke Park next August. 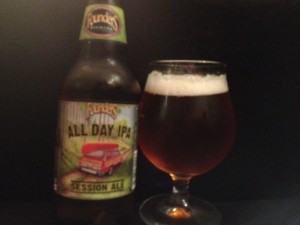 Plenty of pine and orangey citrus aroma with a tangerine-sweet flavour. Certainly not full bodied and as it says on the tin (or label in this case), it can be enjoyed all day long. Labelling hints at outdoors and the pine aroma recreates this in a glass. Perfectly sessionable with a bitter kick to boot. What’s great is that this beer adds the the growing number of fantastic sub-5% abv hoppy beers on sale in Ireland (e.g. Brewdog’s Dead Pony Club and Continuum by Hardknott). 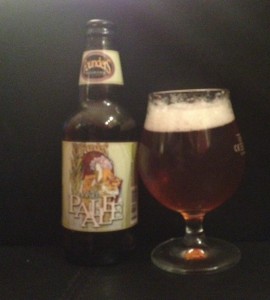 The ale with plenty of Cascade hops. Expecting the usual citrusy grapefruit traits but certainly not the sweet like aroma this beer displayed. Do you remember Trebor Fruit Salad? If you do, that’s the type of pinapple perfume you get on this beer. The beer’s freshness gave the aroma a strong reminiscence of recently harvested red fruits particularly strawberry and cranberry. Extremely dry tasting, the fruit flavours try to break through at first but they quickly surrender. 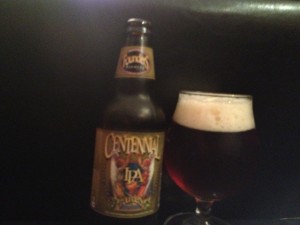 Can be summed up as sweet peach and pineapple in a glass. Founders may upset hopheads because they like to focus on balance and they back up their beers with a sweet malt body. The initially a sweet taste makes a swift but smooth transition to a dry, bitter body. Pleasantly bitter for a straight-up IPA. 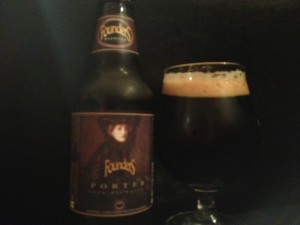 American brewers brew some remarkable porters and serious breweries all have at least one excellent porter in their repertoire. Founders is no different and theirs is extremely rich with a sweet velvet full-body. It has the hallmarks of a good Belgian Dubbel but not as sweet as a barley wine. Vinous notes on the nose. Everything signals chocolate from its tan head to its black oil appearance to its flavour of course. There’s s smoky aftertaste and sharp dark chocolate bitterness – a combination from the black malts and the copious amount of hops added. 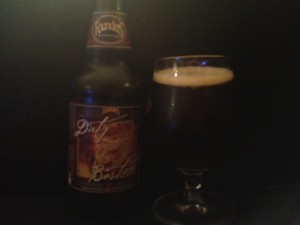 I’m not a whiskey drinker but this beer has those familiar vanilla notes that you would find in Jameson. I do however like Scotch Ales but recognise that they are an acquired taste. This is very much in the category of sipping beers, much like McChouffe. Sweet notes coming through upon tasting but the vanilla flavours remain throughout. The ale is chewy in keeping with its toffee-like flavours but thankfully it is not overly sweet. There’s a tiny lacing for a head and a ruby reddish/ruddy brown appearance. Apparently this is their flagship beer.