Today is World Press Freedom Day, a United Nations backed initiative to mark freedom of press and calls on all governments to respect free speech and expressionism. Sadly in 2015, attacks are still taking place on members of the fourth, and increasingly on the fifth, estate. These rights must be continued to be protected today as much as people fought for them in years past. 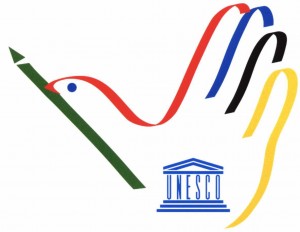 We should fully appreciate the risk journalists take in covering stories. Veronica Guerin will long live in the Irish consciousness and there’s a wonderful tribute to her in the Newseum in Washington, DC. Journalists are daily taking risks to draw our attention to issues that are occurring long from our doorsteps.

Brooklyn Brewery, a member of the Class of ’88 craft beer start-ups, is a company that actively recognises this. It’s hardly surprising given that co-founder Steve Hindy was one-time Middle East correspondent for Associated Press in the early 1980s. It was during this time that he picked up the home-brewing bug. It was a popular pastime amongst diplomats based in dry countries. I’ve come across Irish engineers based in Saudi Arabia who are keen Brewers because what else would they drink. Apparently they’ve become quite adept at in their words “converting” non-alcoholic beers into sometime supposedly passable.

Back in the US, home-brewing eventually led to Hindy to giving up the journalism game and start the brewery with Brooklyn neighbour Tom Potter. The brewery’s growth is an interesting story, including being criticised for contract brewing, Milton Glaser, launching Sierra Nevada in New York and giving Garrett Oliver a vehicle to unleash his talent on a global scale. These are covered in two books by Hindy, Beer School (with Tom Potter) and The Craft Beer Revolution. The latter is also Hindy’s take on the craft beer revolution and includes a number of interesting insights into the personalities, events and controversies that marked the last 40 years of the US craft brewing era.

He may no longer be a journalist but Hindy still tries to do his bit. He’s been known to give talks on the role of foreign correspondents and participate in charity and other fund-raising initiatives. For example, he hosts War Correspondents at the Brooklyn Brewery. It’s an annual series of talks to raise money for RISC (Reporters Instructed in Saving Colleagues), which provides free advanced first aid training to independent conflict reporters, photographers and filmmakers. 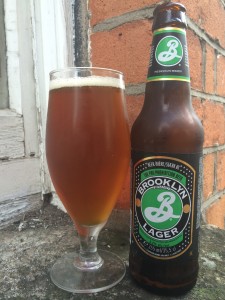 So for this World Press Freedom Day, I’ll raise a glass to journalists everywhere (even if I don’t always agree with what some of you write) with an appropriate beer for the occasion. What else could it be but Brooklyn Lager, a beer that people may overlook today but it helped win over a lot of people to craft beer. I even remember trying it a good few years back in a dingy bar inside New York’s Penn Station.

The beer pours polished copper. It has light floral and lemon notes on the nose. The flavour is earthy and herbal. Grassy notes are kept to a minimum. There’s healthy dose of bitterness both on tasting and in the finish. The malt backbone keeps the bitterness from getting away from itself. It’s a beer that’s crying out to have with a good club sandwich and chips.