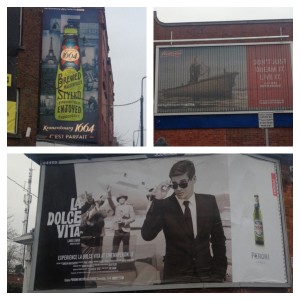 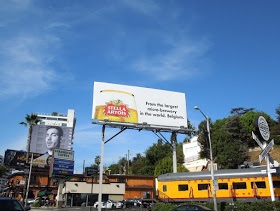 Big beer can be like a soap opera. At times you find rivals in bed together, at each other’s throats and other power games. Take Molson Coors and SAB Miller. They’re global competitors, except in the United States where they have the joint venture, Miller Coors. In Ireland, Diageo produces rival Anheuser-Busch InBev’s Budweiser. Three years ago SAB Miller acquired Fosters but the Australian-based brewery doesn’t own the rights to its namesake beer in Europe, Heineken NV does. Confused? You’re not alone. It’s a question of extending global reach, of achieving or retaining market share, of seeking efficiencies in production as well distribution.

The week commenced with news that the family-owned Heinken NV rejected a take-over by the second-largest brewing concern, SAB Miller. Heineken itself is the third-largest brewer in the world and is sold in over 100 countries. According to the Wall Street Journal, the advantage to SAB Miller was that it would strengthen its reach into Latin America (Heineken owns Dos Equis & Tecate) and Asia, where SAB Miller is weaker (with the exception of Colombia). Other benefits would be that it would’ve reunited the Fosters brand within the one company, seen Grolsch, Heineken & Amstel together. Possibly with Heineken continued to be pushed out into the export market (especially Africa) and the former being concentrated closer to home. SAB Miller recently acquired family-owned Peroni and already has the ubiquitous Pilsner Urquell joining Miller and Castle and Polish lagers Lech & Tyskie in its stable.

So you’re probably thinking this is a moot point now, given Heineken’s rejection of the approach. Well, it gets even more interesting. The second-largest brewer is now subject to a take-over itself by none-other than the global powerhouse that is AB InBev. According to the Wall Street Journal, the Belgian-based company and the largest brewer in the world is currently engaged in discussions with banks over financing the take-over. The reported amount is a staggering €94 billon. The largest deal in the brewing sector to date was the 2008 acquisition of Anheuser-Busch by InBev for $52 billion. They also bought Mexico’s Grupo Modelo, makers of Corona for $20.1 billion in 2013.

In 2013, AB Inbev had approximately 20% of the global beer market (source: Euromonitor). So why does it need SAB Miller? Any deal would further strengthen its foothold in South America and complement existing markets. More importantly, according to Bloomberg, it would give AB Inbev access to markets with rapidly expanding markets in China and across Africa, as well as a bigger presence in Australia. The effect of the acquisition would be subject to approval, such as the likelihood of SAB Miller having to end its interest in Miller Coors. This wouldn’t be too much of a downside because it could simply enter an intra-company arrangement with the Anheuser-Busch operation.

It is perhaps AB InBev’s luck that Heineken rejected the SAB Miller deal because a prospective take-over or merger would seem unlikely as a SAB Miller-Heineken concern would be a similar size to the Belgian behemoth. So where does that leave Heineken? Apparently there are now rumours of Molson Coors and Heineken coming to some sort of arrangement. This could see the houses of Molson, Coors and Heineken coming together to create one big happy family.  Although, such a deal could be interesting in terms of both breweries operations in Cork. In the meantime, Heineken is considering the sale of its Czech operations to Staropramen, owned by none other than Molson Coors (source: Reuters). We just have to wait and see what Diageo and Carlsberg responses will be.

As I said, it’s all confusing and that’s why I think so many people enjoy the small, independent and local aspect of the craft beer movement. Less focus on the bottom-line, more on the product. However, an eye will have to be kept on the continued consolidation within the beer industry because of impacts on distribution, sourcing of raw materials and bottling. Macro-beer will continue to be like the cheesy American soap operas.