It’s coming back! The Alltech Craft Brews and Food Fair, Ireland’s largest international craft beer festival, will make a welcome return to Dublin’s Convention Centre for three days from Feb. 27 through to March 1, 2015. This will be the third time Alltech has hosted the event, which this year welcomed more than 6,000 visitors who tasted a range of craft beers from more than 45 brewers from 18 countries around the world. This is one festival that I make sure I take time off to attend. The launch party took place last week in Sam’s Bar and it was great to be asked to be involved.

“For years Ireland has been synonymous for brewing and rightly so,” said Dr. Pearse Lyons, founder and president of Alltech. “Budget 2015 has seen an increase in the annual excise relief production ceiling for Irish microbreweries from 20,000 to 30,000 hectoliters. Craft beer in Ireland is paving the way by providing local employment and it continues to make inroads into foreign markets. There is a craft beer revolution going on right here in Ireland and what better way to highlight that than by showcasing some of Ireland’s finest local craft beers side by side with some of the world’s finest?”

The event also includes the prestigious Dublin Craft Beer Cup competition, which allows craft brewers to showcase their beers. After two days of blind tasting by a panel of independent industry veterans, top brewers will receive gold, silver and bronze medals in eight different categories of beer, establishing the best examples of each style. The Dublin Craft Beer Cup boasted more than 300 entries last year, and it is expected that 1,000 beers from around the world will be entered into the competition this year. International brewers are invited to enter their craft beers for The Dublin Craft Beer Cup on the fair’s website. Closing date for entry is Feb. 15, 2015.

Winner of the 2014 Dublin Craft Beer Cup, Anders Coisbo from Coisbo Beer in Denmark, received phenomenal success following his win at the 2014 Fair. “It has been a fantastic year for us. Winning seven medals at the Alltech Craft Brews and Food Fair, including the overall winner, and a further nine medals in the United States. I am very proud that our beers are being so well received, both at home and abroad.”

Craft brewing and distilling is a rising trend not only in Ireland but the world over. According to Aidan Sweeney, Ireland’s only independent beer sommelier, “we are in the midst of a craft beer revolution here in Ireland. I’m excited to see Alltech Craft Brews return in 2015, and by the time the third incarnation of this event arrives in February 2015, I predict the craft brewing landscape will be flourishing.”

Tickets are now on sale from €15 from the Fair’s website. All tickets will include four free drink and food tokens, a souvenir glass, and free entertainment. They’re available online via the fair website, eu.alltechbrewsandfood.com, ticket agent Entertainment.ie and can also be purchased at the door. Doors open to the public at 5 p.m. Friday, Feb. 27 and at noon, Saturday, Feb. 28 and Sunday March 1, 2015.

Be sure to join the conversation on Twitter using @alltechbrews. At this year’s event, I circulated my top tips for enjoying a beer festival. It’s a useful source for finding out what’s coming up (ahead of the festival) but also finding out what’s happening when you’re at the festival and what beer’s you absolutely shouldn’t miss.

I know a few people who used to slag me off about “pipeline politics” and the like but what has just been announced in Brugge (or Bruges if you’re that way inclined) is an interesting development. Those familiar with the city or a certain movie for that matter know that its medieval majesty does not lend it easier to get around by vehicle. This makes transportation of good into, around and out of the city difficult. So De Halve Maan, the only brewery operating within the city walls, has come up with a novel solution: a beer pipeline. 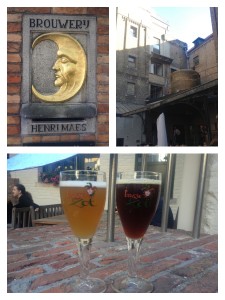 Funded by De Halve Maan itself, a 1.8-mile polyethylene underground pipeline will transport 6,000 litres of beer every hour between the brewery and its bottling facility located on the outskirts of the city. The journey is expected to take 15 to 20 minutes. The local council has backed this initiative as it will remove trucks from the city streets, easing congestion and carbon emissions, whilst ensuring production will still occur at the brewery site that attracts over 100,000 visitors per annum. Also, not having to contribute financially to the project is a significant bonus.

Could this happen in Dublin for instance? Think about the issues Guinness have transporting its products from St. James Gate right across the centre of city to Dublin Port. The famous barges are gone and trucks are the order of the day. A lot of movement takes place at night but it’s an expensive process and obviously not the most environmentally-efficient one (Guinness does have an ambitious green strategy). 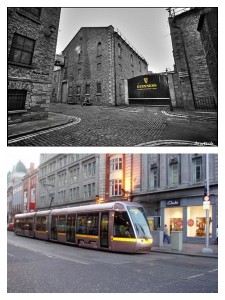 The brewery’s solution is to use the Luas track (which runs to the entrance of the port) track during the night. This would require a small piece of track running from the brewery to join the line at Seán Heuston Bridge and a new track running from the entrance of the port to the dock. Guinness would provide the investment. However, the plan needs the backing of Dublin City Council and no doubt others such as the National Transport Authority. Sadly, due to the nature of our local government system it’s difficult to get ambitious and creative plans off the ground.

It’s amazing to think that it’s easier to get things to happen in a UNESCO World Heritage Site like Brugge.

In 2011, the Irish Government introduced the special 9% VAT rate on a range of goods and services within the tourism and hospitality sector. It was a temporary measure that was extended for a year in Budget 2014. To date, it is estimated that this has contributed to one in four new jobs being created in the economy. It benefits not only tourists but also Irish consumers. However, today SIPTU called for the removal of the 9% VAT rate. What particularly annoyed me about the coverage of this pre-budget news item was the pre-occupation of media sources with using alcohol to illustrate this news item. The 9% VAT rate does not apply to alcohol. It continues to be subject to the standard VAT rate of 23% and let’s not forget that it is added after the application of excise duties. I took to twitter on this and to their credit within a few short minutes RTÉ had changed their photo (this wasn’t just confined to the website as it was on the RTÉ News Now channel). A growing sign of organisations monitoring social media channels and responding when required.

Thanks for changing the photo @rtenews Don't suppose you'd run a piece on high price of alcohol @SupportUrLocal pic.twitter.com/IU6MD2aj6D

Regardless, hopefully the Minister for Finance will announce the retention of the 9% VAT rate for another year in his Budget 2015 speech next week. 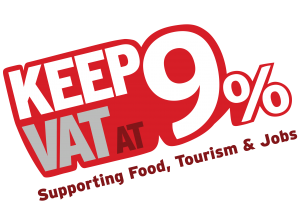 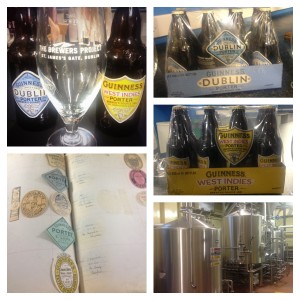 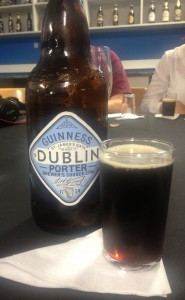 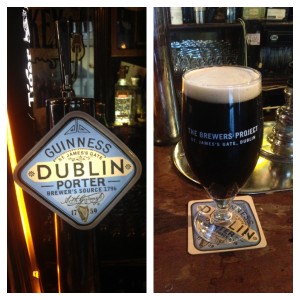 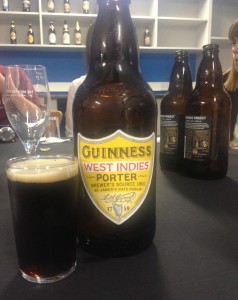